As Spring moves along, we are gifted with blossoms, colors and plant life of all kinds. While most are happily welcomed into our landscapes, there is always a possibility for unwelcome intruders. Whether in plain sight or tucked away in the forest that lines your neighborhood, invasive plants are willing to wreak havoc on their surroundings. Before diving into a couple of the prominent invasive species in our area, let’s address general characteristics of such plants. 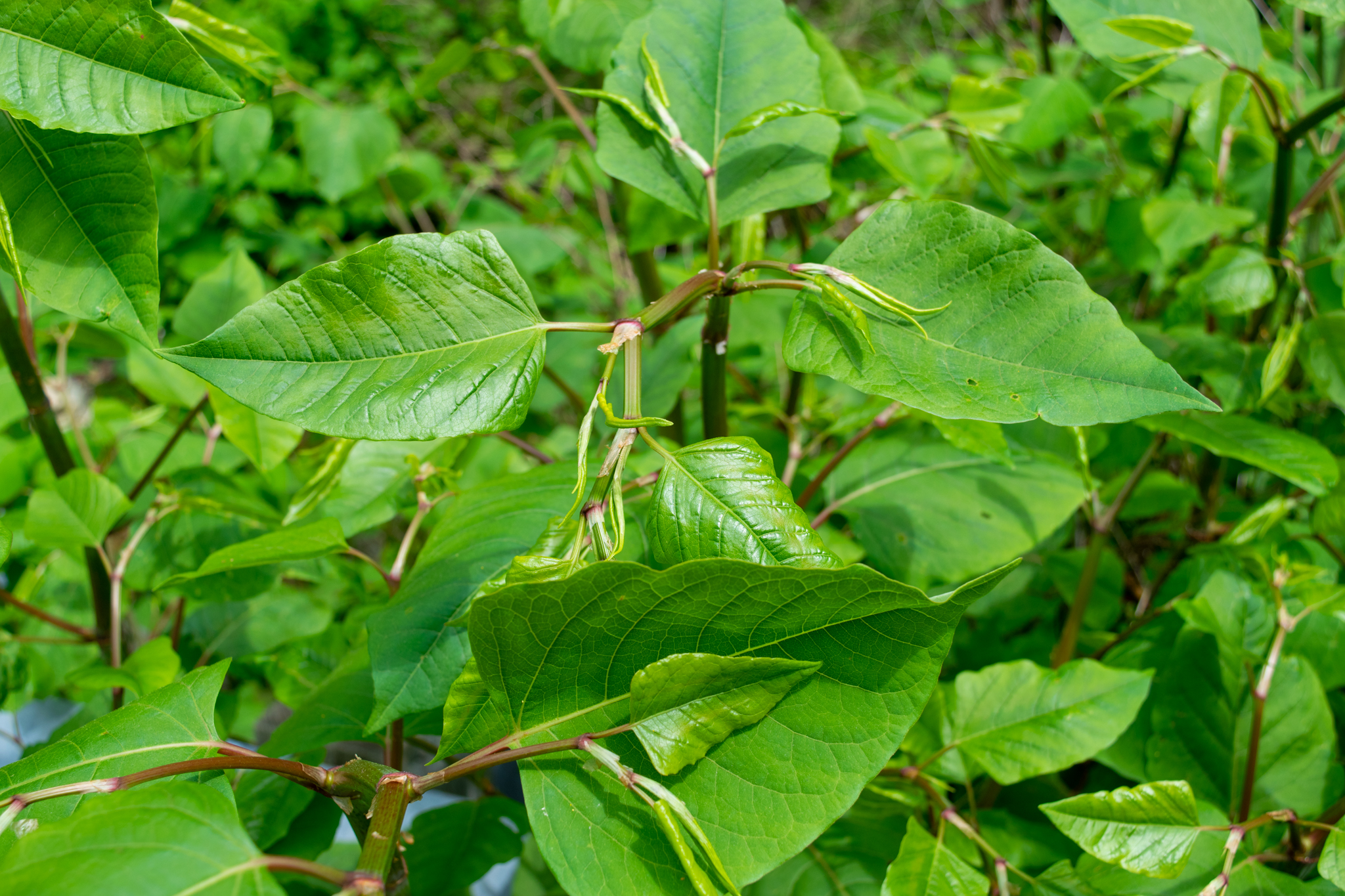 Two examples of invasive plant species you may notice in the Baltimore and DC region are Japanese Knotweed (above) and Wisteria (below). 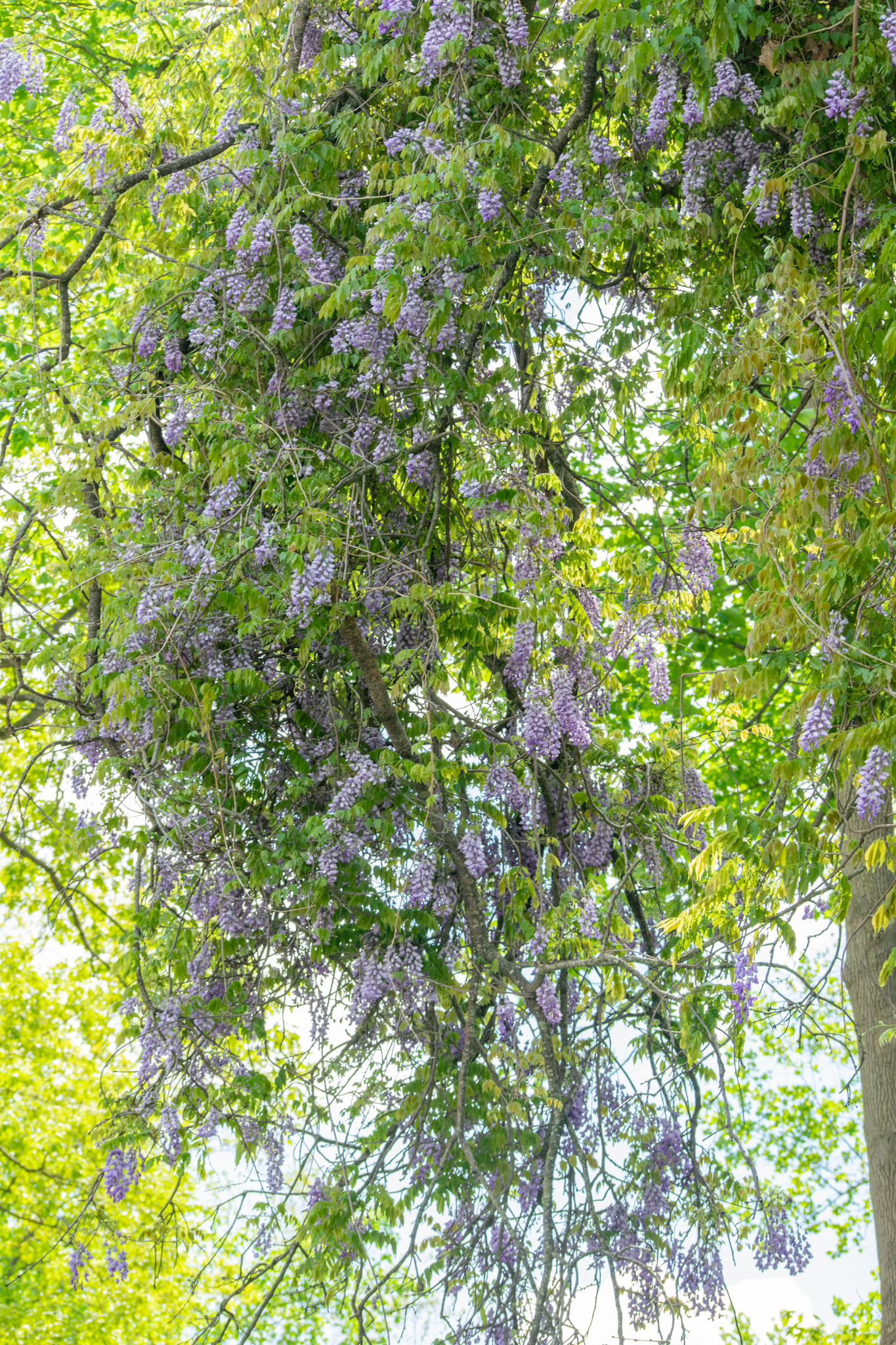 Invasive species are typically native to other continents. Not all invasive species should be pinned as problematic, but they usually are not identified as invasive species until they cause some harm. Species that are invasive typically grow quite fast and reproduce rapidly by suckers which are vegetative shoots that arise from the roots. Generally, they tolerate a large range of environments and conditions and have what is called “phenotype plasticity." This means they can alter their growth into whatever form it takes to adapt to their surroundings.

Oftentimes, gardeners will mistakenly desire or plant species that are invasive, since they are ornamental and usually produce flowers and fruits at a very young age. Their fruits attract birds as well, since they are often small and red. Although many of these traits seem favorable, such species are typically harmful to the native plants they cross. Luckily, only a small fraction of the massive amount of plants that humans introduce (through the movement of plants over time) end up becoming problematic invasive species. However, the ones that do become unwelcome intruders can cause significant consequences. 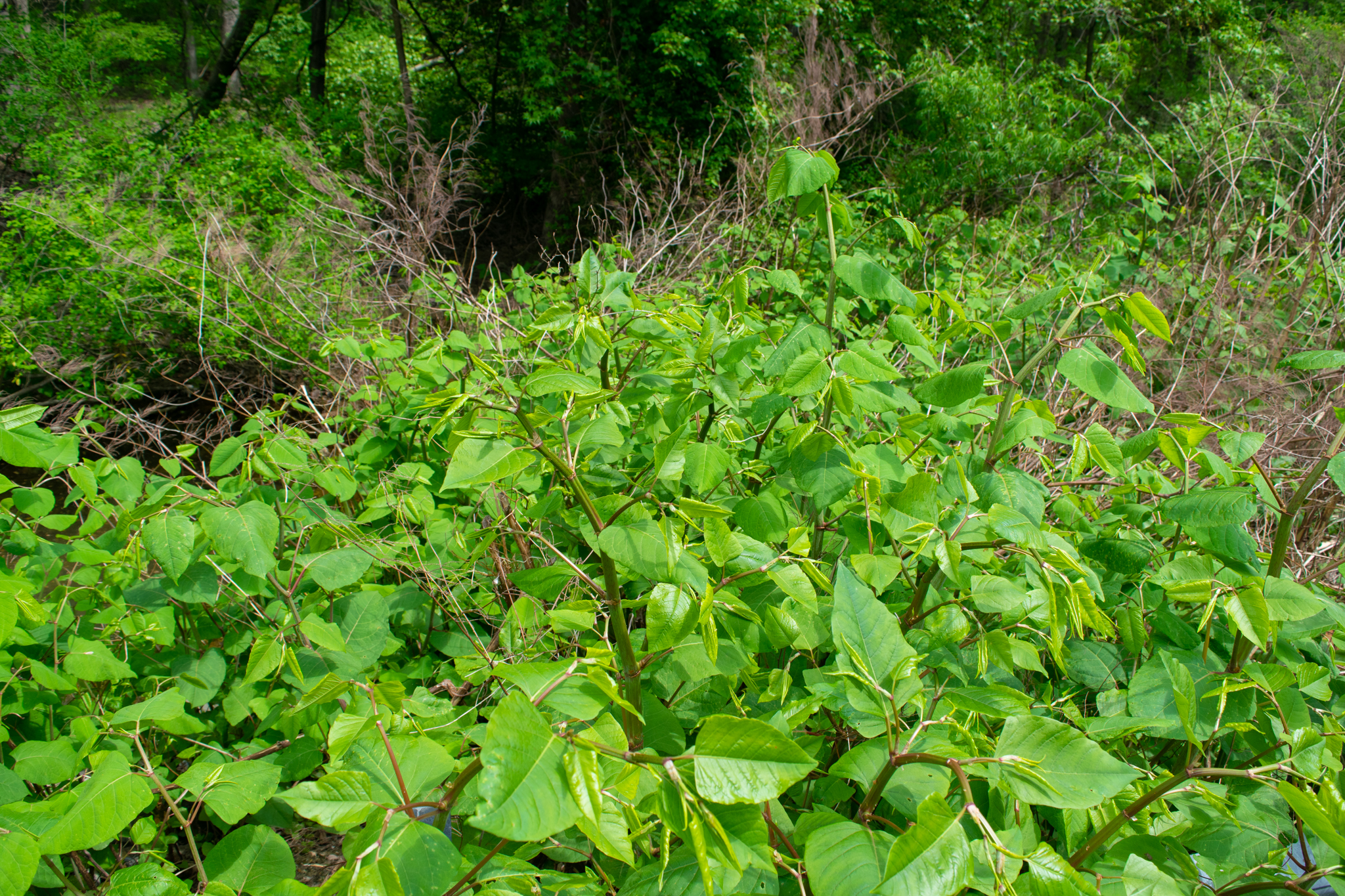 Japanese Knotweed (pictured above) was introduced to the U.S. as an ornamental plant in the late 1800s and is now found in at least 39 states. It can and will take over any given area where it sprouts and its ecological competence is extremely high, meaning it can tolerate a huge variety of environmental conditions. From wet to dry soil, sun to shade, warm to cool air, Knotweed will most likely survive and continue to grow for up to two years if left unattended. It is an upright, herbaceous and perennial that can reach over 10 feet tall while simultaneously spreading by its roots far and wide.

Knotweed will replant itself if snipped and left on the ground. Its stems are hollow and bamboo-like with red speckles (pure red when it first sprouts) and its leaves are up to 6 inches long and 4 inches wide. The flowers of Japanese Knotweed are a creamy white and do not bloom until late August to September.

Interestingly, the leaves and shoots of Japanese Knotweed are edible and its roots have medicinal value, containing the highest concentration of resveratrol known (antioxidant that is also in berries, grapes and peanuts). The shoots are a tough texture that is often compared to asparagus and rhubarb. In order to eat the knotweed, its shoots need to be peeled first then can be served raw, grilled, pickled, or sautéed. It can also be used as either savory or sweet flavoring in soups and sauces or pies and jams. 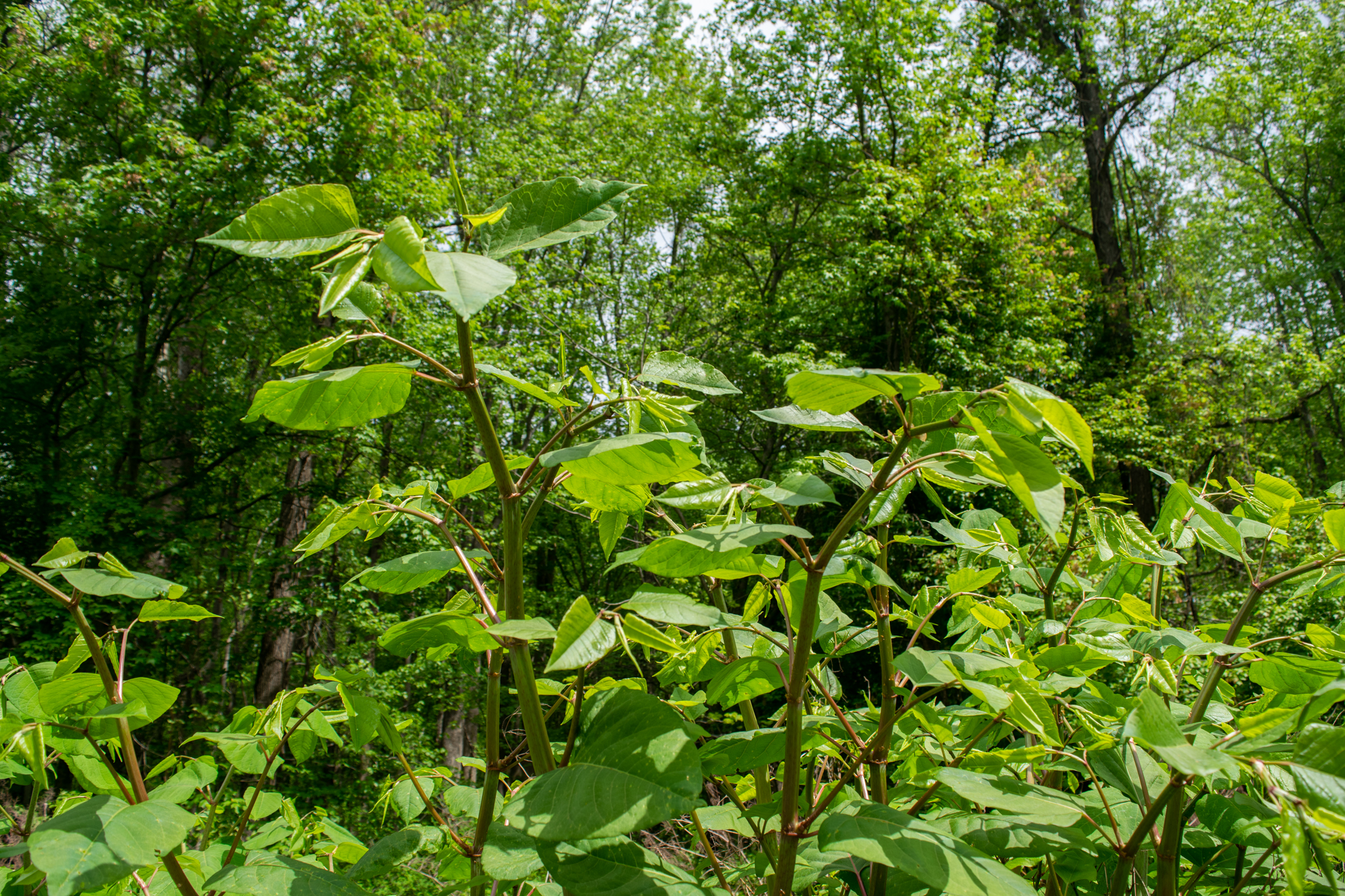 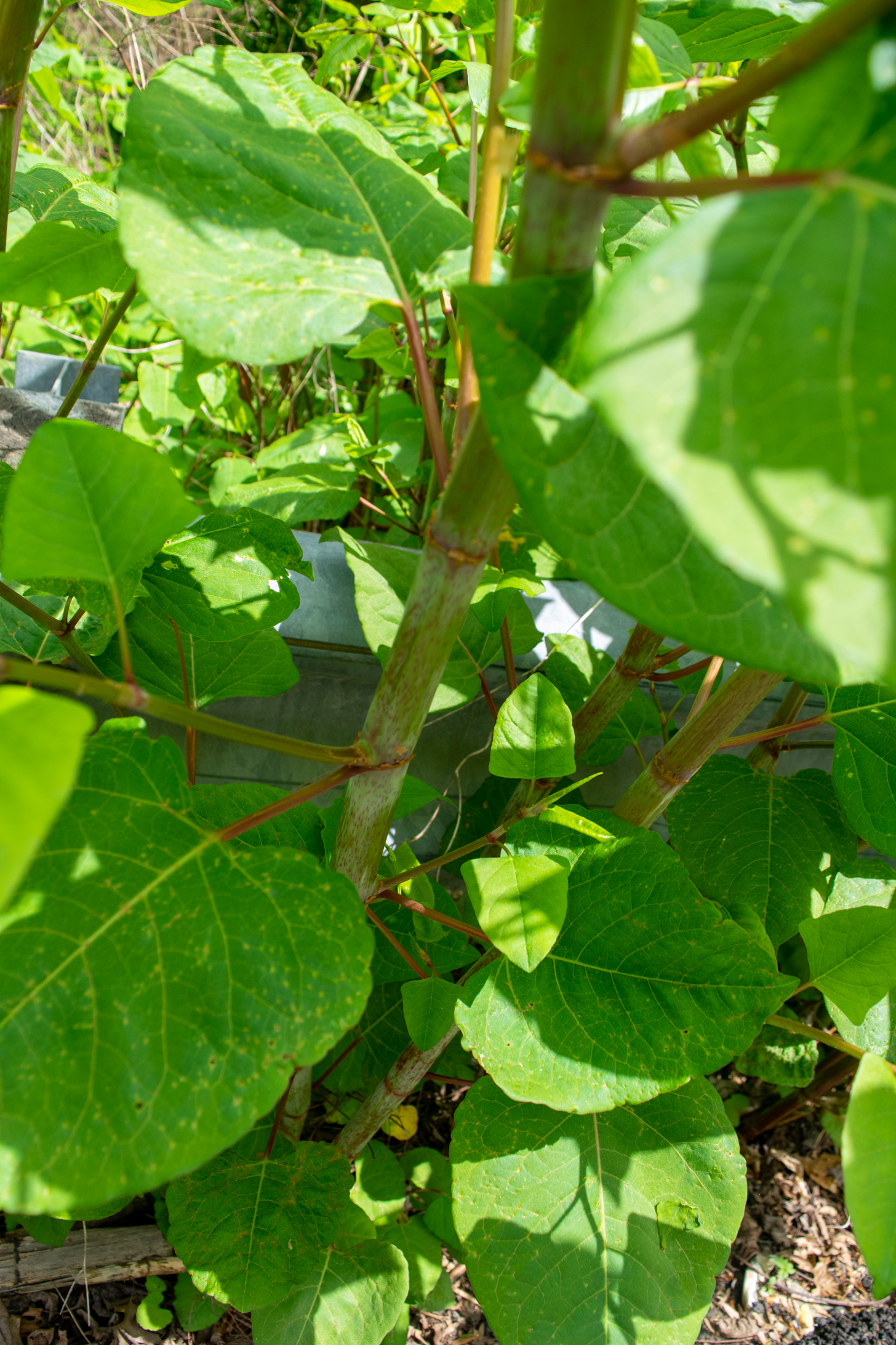 The second invasive plant species we are addressing is Wisteria which was introduced to the U.S. in the early 1830s for horticulture purposes. It has woody, twining vines with beautiful and aromatic purple flowers that smother and take over each plant it encounters. The flower clusters of Wisteria are 4 to 20 inches long and 3 to 4 inches across. Wisteria is shade tolerant and prefers moist ground, has a lifespan of up to 50 years and can grow up to 70 feet high (believed to go as high as its chosen tree goes). 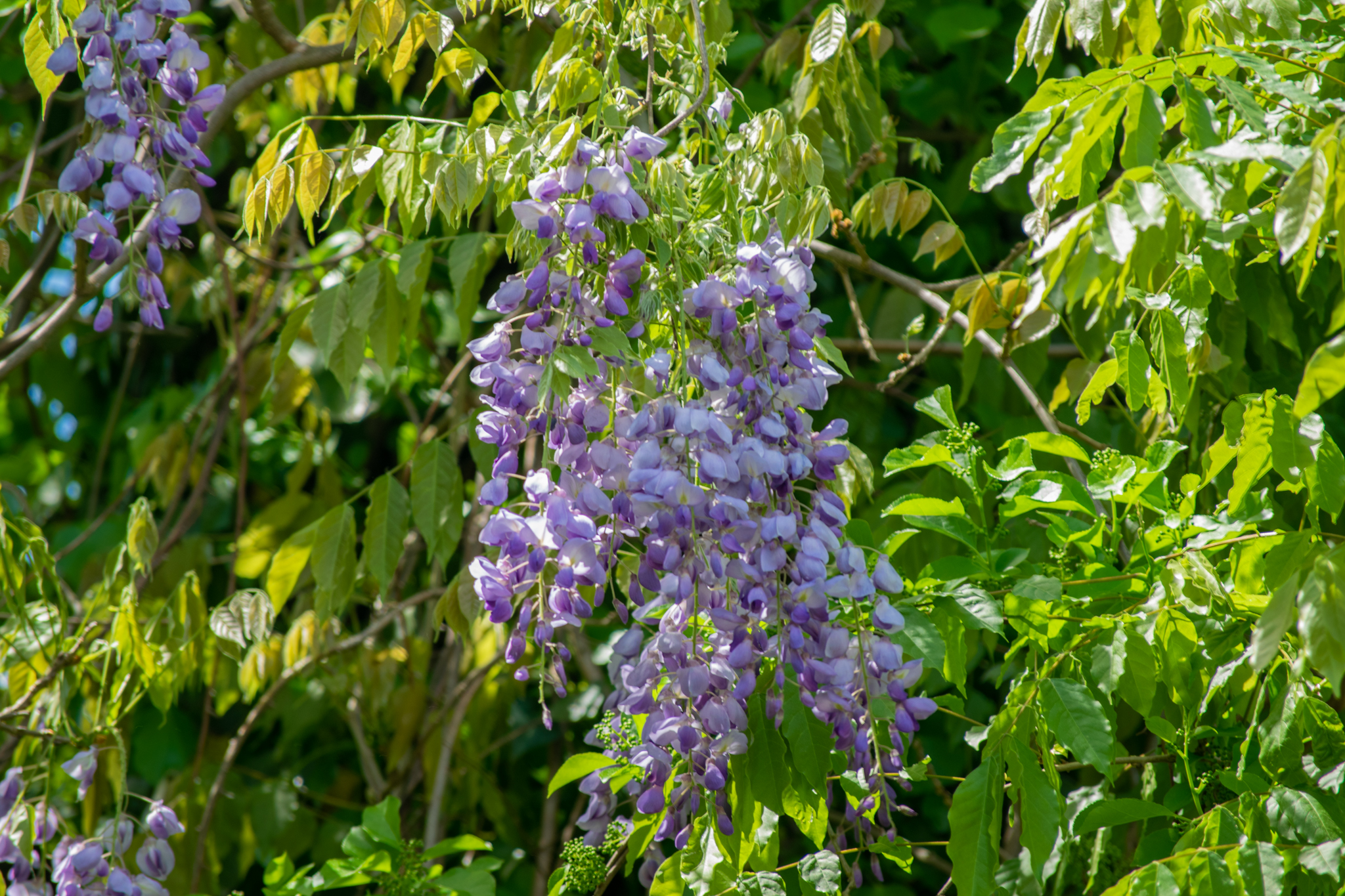 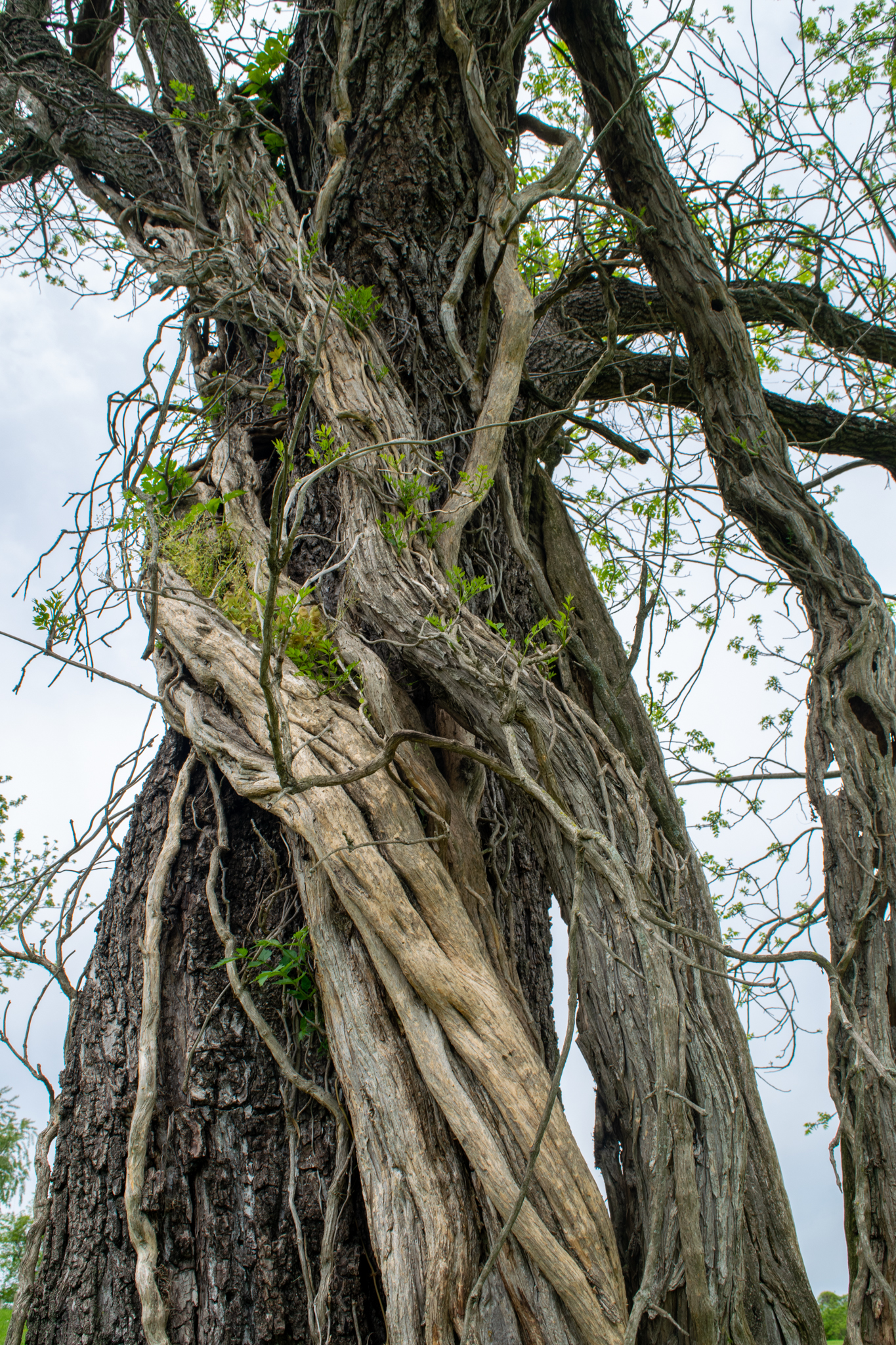 Wisteria is oftentimes the quintessential example of an extremely invasive plant that gardeners will mistake for a beautiful compliment to their landscape. Thus, there are certain restrictions on the sale of Wisteria. MD’s Invasive Plant Advisory Committee conducted WRA (Weed Risk Assessment) concluding that “planting of non-native Chinese and Japanese wisterias (and their hybrid) is likely to cause environmental harm in the state." Wisteria is recognized as a Tier 2 Invasive plant. For more information, click here.

There are two main types of Wisteria. One is Chinese and one is Japanese. They generally grow and behave in the same ways, but have subtle and interesting differences. For instance, both will wrap upwards around trees, climbing them vertically. However, a Chinese Wisteria will wrap clockwise, while a Japanese wraps counterclockwise. Both do this in the same fashion as a snake, creating a helix shape and potentially choking out the tree entirely. 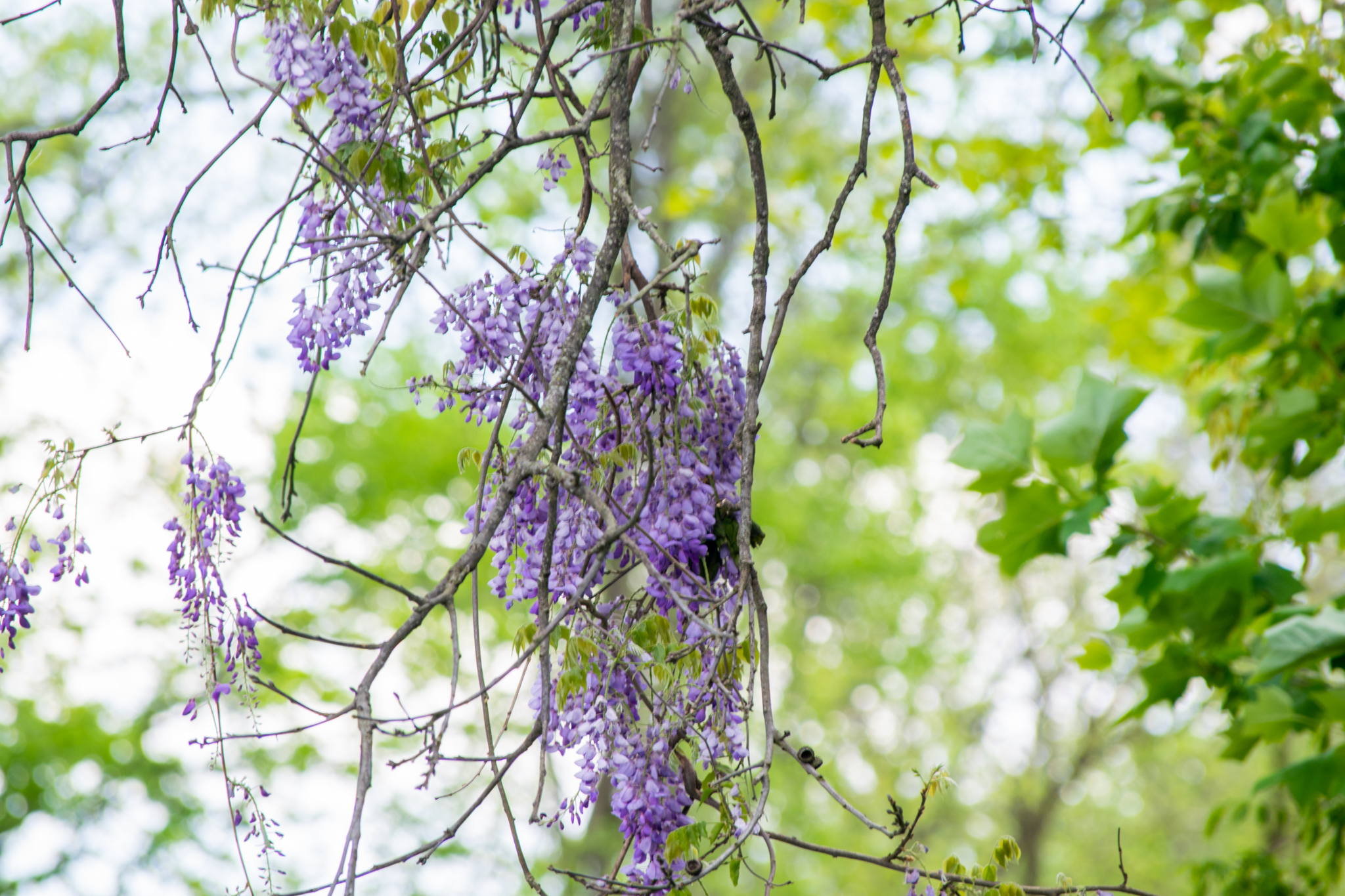 For anyone who may need to hear this (;

Unlike Japanese Knotweed, Wisteria is not useful for medicinal or nutritional purposes. Its seeds are toxic if ingested, containing lectin and wisterin. It can cause “wisteria syndrome,” which brings symptoms of delirium, incoherent speech, sweating, headaches, vomiting, nervous system damage, etc. and can last up to a week.

Of course, these are just two of the many invasive plant species in the DC and Baltimore region. Below are a few more:

If you encounter Japanese Knotweed, Wisteria or any other plant that may be invasive, let us know! First and foremost, our mission is to "Preserve, Conserve and Sustain" each of our customers' properties. Sometimes, that involves snipping away invasive plants in order to protect a particular section of a landscape. Reach out to us to address an invasive plant on your property today.